What To Know About Npower Agro Cancellation Rumor 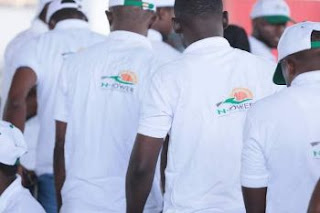 In today’s latest Npower news, we will discuss what To Know About Npower Agro Cancellation Rumor circulating online. So keep reading!

During the weekend, the Npower discussion group noticed that many Npower Agro beneficiaries were panicking because of a piece of information shared online stating that the State Focal Person posted Npower Beneficiaries to N-agro when they know N-agro is canceled is another stress. The source of the information went further to call on the attention of @npower_ng saying that Beneficiaries should not suffer for the mistakes of others.

In the first place, saying that the N-Agro program has been canceled is not correct information and should not be taken seriously because there was no single time that Npower management mentioned that they are canceling Npower Agro.

Npower Agro is one of the programs of Npower that can actually create jobs if well managed. So we see no reason why it will be canceled. Please ignore any update that state that N-Agro is canceled until Npower says otherwise.

We have seen a lot of Npower batch C stream 2 beneficiaries being deployed under the Npower Agro program and they have successfully completed their deployment exercise and have resumed duty. How Do I Log Into My Nasims Dashboard Portal? | nasims gov ng